Asian Football Coach Of The Year

The inspirational efforts of British Asians working in football were recognised at the Asian Football Awards2013, which took place at Wembley Stadium on Tuesday evening (8th October).Presenters of the 16 a wards included high-profile representatives from British football and media, such as England internationals Gary Lineker, Dion Dublin and Ray Parlour, BBC TV presenter Manish Bhasin and the PFA’s Brendon Batson.

The hosts for the awards evening were BBC Asian Network presenter Noreen Khan and Sky Sports News presenter Dharmesh Sheth, while the judging panel included representatives from The FA, The PFA and Kick It Out, as well as the chief executive officer of International Airlines Group, Willie Walsh, the BBC Sport presenter Manish Bhasin and Amit Bhatia, the vice-chairman of Queens Park Rangers FC.

“ I would like to thank my mentors Allan Bickerstaff and Chris Dowhan. My KFA assistants in the UEFA Young Championships Julius Topolsky and Kevin Ramasamy. I would not of achieved this without support of KFA volunteers, parents , players and KFA project partners. Finally thanks to Bal and Jas for organising the AFA and a thank you to the judging panel for selecting me as the Coach Of The Year.”

“First and foremost I’ve come to offer my support for the Asian Football Awards. I think it’s a great thing to offer more encouragement towards football amongst the Asian community. There has to be a lot of talent out there and we need to explore it.” 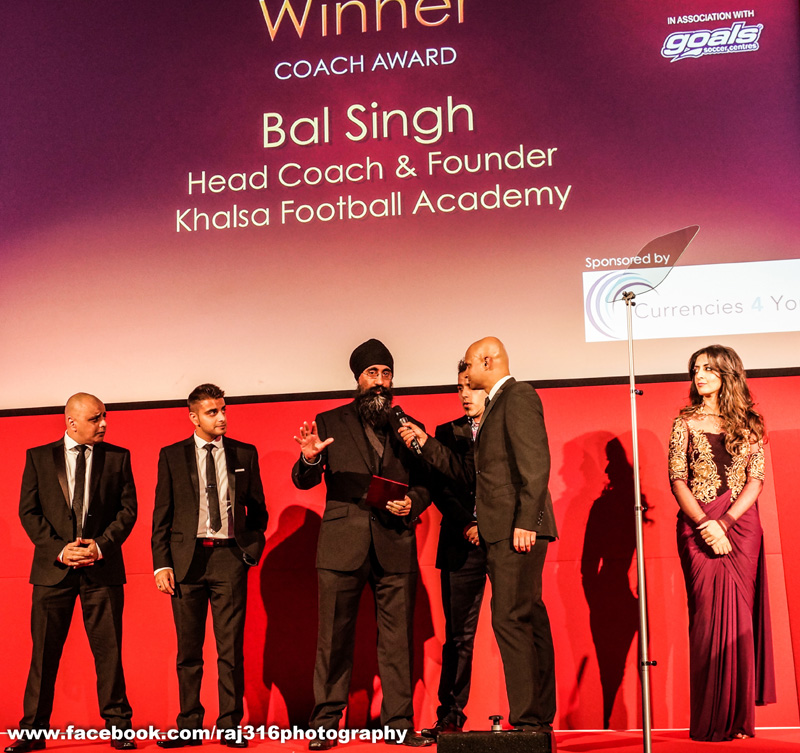