Khalsa Football Academy (KFA), is a organisation which supports young people through football initiatives that challenge stereotypes & racism, provide programmes of healthy living & lifestyles, tackle anti-social behaviour and ultimately provide a platform for children to voice their concerns. The KFA have been delivering soccer initiatives and workshops during the past 25 years. 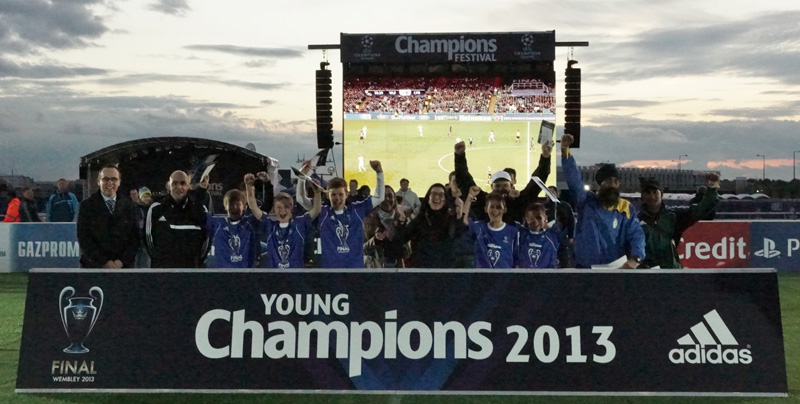 KFA ethos empowers youngsers to play futsal helped the team comfortably go through the preliminary rounds and in the Finals on Thursday 23rd May. KFA maintained a 100% win ratio from the qualifiers and competed succesfully against Benfelliyt , PSA , Hannikins , Carshalton and Dagenham emerging victorious from the U12 section and automatically winning tickets to the Champions League Final at wembley between Borussia Dortmund v Bayern Munich. The KFA were honoured to have Futsal legends Ricardinho and Javi Rodríguez at the winners award ceremony.

Bal Singh “ KFA have been delivering Futsal and skills camps over the past 2 decades and provide a platform for youngsters to play skillfull football. Community development work is essential but on the pitch winning the 2013 UEFA Young Champions Final is the ultimate achievement from Khalsa football Academy. All the players that participated and the parents who have supported KFA deserve a mention.” 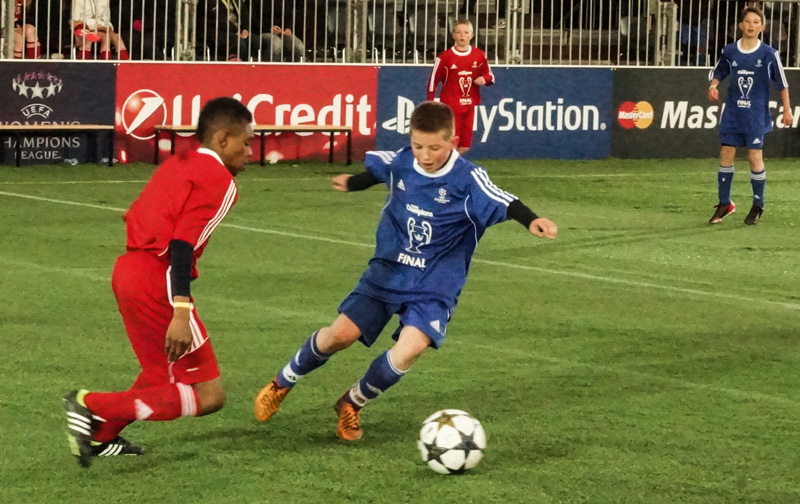 Dominik Joined the Khalsa Football Academy 5 years ago and is part of the Striving For Unity equality initiative bringing different community groups together and promoting diversity and intergartion in the community. Originally from Slovakia Dominik couldnt speak any English when he joined KFA 5 years ago and its great he not only attends the regular communty Futsal sessions at KFA but Dom also attends individual and futsal KFA masterclasses lead by Bal Singh developing skills development for youth players.

Dominik “ It is great to be part of KFA community Futsal but attending the KFA masterclasses has made me a better player. I am honoured when Bal Singh made me captain and to win the UEFA Young Champions Final in KFA’s 25th year anniversary is a special feeling.”

KFA are based in Letchworth and are recruiting Futsal teams and players for Futsal for fun community development initiatives in September this year any under 10, 12 , 14 , 16 and Adult players and teams interested please email bal at the following email address teambal@hotmail.com for Sponsorship opportunities contact The KFA community club 07813 17 97 97